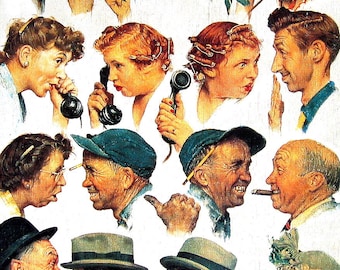 Are phone calls back in business?

After all the texting, WhatsApping and refusing to pick up the phone (because you wanted the caller to not waste your time, when a SMS would suffice), it appears that people are returning to real conversations.

Or am I just being optimistic?

Here’s a shocker: In 2013, Skype carried an estimated 214 billion minutes of international “on-net” calls (that’s defined as calls made from one Skype app to another).

That’s in spite of the rise of Viber and Line, and even Google Hangouts which do the same job, or better. There’s also an emerging standard known as VoLTE, that’s supposedly about to deliver ‘infallible voice service’ that’s different from the VOIP standard. It’s too technical to go into this here. But the big picture is that soon, when voice calls become cheaper, and more high def, it’s going to make us want to return to those conversations.

For my Mum’s 90th birthday, last week, I was able to speak to her, and get some half-decent face-time with cousins, thanks to Skype. To me Skype is the trusty service, in the same way that land-lines were some 20 years ago, never mind the poor quality of the line. I still use these ‘over-the-top (OTT) applications, but whenever I yearn for close encounters, there’s nothing like a phone call!