You know things aren’t going well in government when the folks who pass laws are caught doing things we want our children to stay away from. 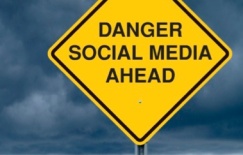 The list is unfortunately long and disgusting. When grown-ups taking to social media are so easily detached from their moorings, it’s no wonder young teenagers (and pre-teens!) misunderstand the fine line between private- and public-facing ‘media.’

Every time I hear a parent complain of a child who spends too much time on the phone, my response is, “So why do you continue to pay for the connection?” It’s easy to push the blame onto social media, when it’s the adult behavior that’s feeding the beast.

One thought on “Social media self-immolation: Adults feed the beast”