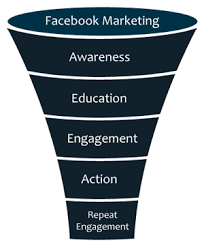 I’m Ok with funnels for decanting liquids in the kitchen or garage. Media funnels are another matter entirely.

That’s essentially what The New York Times is trying to do with us readers: entice us down the narrow neck into Facebook territory. No thank you!

We’ll never know what the conversations were at the Times in the past few weeks, but it certainly didn’t involve us.

The folks there probably looked at the evidence of how media is now flowing through networks, how people are jumping platforms and thought it was time to send us to Zuckland. Call it Funnelization-meets monetization.

Were they scared we may be sucked in elsewhere?

I don’t buy the ‘newspapers are dead’ argument any more than I think books are dead. (I love my Kindle, but I don’t plan on not reading real books anytime soon.) I grant that I do get plenty of my news updates via social media, but that has never stopped me from picking up a newspaper, tuning into a radio show or watching a non time-shifted television show now and then. The sheer serendipity of discovery using ‘old media’ could never be replaced.

In short, I get sucked in by great content.

The Times and Facebook relationship is not new. It began in 2010, with a new design of the front page. (Explanation by NYT here.) I liked the idea of enabling readers to be able to follow threaded comments and connect via social channels. It was a tough call, to make trusted commentary a feature that was by invitation only. But hey, reputation is always earned!

But that’s not the main problem. The Times requires one to link a Facebook account to the Times story to be authorized to comment.  That tantamount ro appointing Facebook as a sort of gatekeeper. An e-verify system for readers. Why Facebook? Why not LinkedIn, amore professional system? Good question. Andrew Rosenthal, the Times’ editorial page editor explains it thus: It’s coming! For now we’re stuck with Facebook.

Maybe it’s not so bad. After all Facebook is now a major authenticator and on ramp to other online properties. But it’s thumbs down for me. I’m not ready to jump into this funnel yet.

Updated: If you have inadvertently linked your Facebook account to the NYT, here’s where you can find the button to uncheck it.