Resuming my snapshot of the best quotes from around the world on communications, marketing, media and social media. 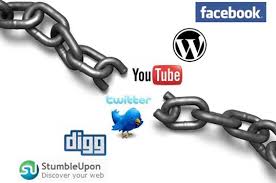 SocialMediaAtWork on a recent Experian study that says social networking may be addictive.

“The future of infographics will be about telling stories. Telling them in an interesting and compelling way.”

Charles Apple, on the use of info-graphics

“the journalist isn’t a writer; he is a technician.”

“When people feel they have some kind of social relationship with others in the company, there tends to be greater collaboration between them.”

Human Resource Executive, on the potential and perils of social networking in the workplace.

“The $35 iPad lookalike from India”

The rage about the Indian tablet developed by the government of India.

Blurs the Lines Between Online and Offline.”

Guest post by Yael Davidowitz-Neu at Convince and Convert, on the ‘Six degrees of influence’ in C to C programs.