I received one of those dreaded pitches this week from a PR firm in London. 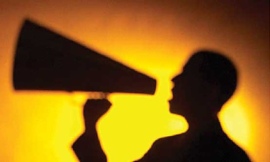 It had the trademarks of having being picked from a list of bloggers and freelance writers: It started Press Release….

But this one was different. It didn’t have “no-reply’ or some garbled name as its sender. It also had a headline that made me want to open it and read. It was about the PR firm’s client, BBC World News.

You might wonder how relevant is that? I could have signed up for all manner of things on the World Service. But the topic was a series of shows Hard Talk On The Road –on Sri Lanka. It may sound dead simple, making sure the subject was in line with the reader. But let me frame it this way. I get so many of these PR pitches that it sometimes makes me wonder where we have taken this form of communication.

This is an industry (PR and Marcom) where everyone is screaming Web 2.0, every consultant, conference presenter and digital marketing agency is throwing out terms such as ‘Social Media Release” and RSS in every slide deck, and every book that has been published on the subject since Cluetrain Manifesto advises that ‘markets are conversations.’  In other words, stop spamming and start talking.

But all my colleagues at ValleyPRBlog, for instance, say the same thing. We are getting drowned in ridiculous PR Spam. We only complain off and on, and that, too when someone really ticks us off, or someone like Chris Anderson issues a fatwa, and everyone nods their heads and says ‘serves them right.’

But in the past 10 days I got two pitches that were spot on! Two! As such, rather than outing the bad ones, I like to hold up the good agencies and the great PR folk who do one simple task -take time to understand their audience.

As a writer I give every pitch a chance. If you take the time to filter, we will take time to read!

One thought on “Not all PR agencies get it wrong”