LMD magazine, a  publication for which I have been writing for 26 years if my math is correct, is now in a digital format.   My article is on Page 41 , if you click on the image on the right.

Let’s face it, neither we nor our elected leaders have been paying much attention to the right things. And so it is with this novel coronavirus. We never saw it coming – or so we assumed.

The truth however, is that many virologists did predict such an event. But in a world that watches out for the dresses that celebrities wear to the Oscars, we missed it. Who listens to the experts when we have so many memes and conspiracy theories in our newsfeed?

Our leaders have been building walls and nuclear warheads – supposedly to defend the country. But all it took was for a microbe practically to close the world for repairs. It has forced people to rethink how Planet Earth’s operating system can function; not only now, in the throes of the pandemic but in the future too.

I talk about the six sectors that are now under reconstruction as our planet’s operating system is being rebooted.  They are:

Surveillance is practiced by private entities, supposedly keep a watchful eye on people every day. In malls, city centers, casinos and airports companies are tracking citizens’ biometrics. The businesses side of biometrics is clear: data harvested from everywhere, –our phones, our eyes, our doorbell ringers, our heartbeat trackers, our online purchases –is traded like commodities. The new word to describe this is ‘surveillance capitalism‘ – something brought up by author, Shoshana Zuboff

This is a story I worked on for awhile, and it’s published this month. (PDF below)

I know I was just getting the hang of email, with Hotmail – the ‘revolutionary’ web-based email service that a fellow called Sabeer Bhatia created. It was soon folded into Microsoft’s Hotmail, and became very clunky. MP3 players were just coming into circulation. Apple was more in the news with the iMac; John Glenn went back into space.

But Sergei Brin and Larry Page started something that would turn information into data, and data into advertising that would make them some of the richest young guys. They also dreamed big with moonshot ideas, some of which withered on the vine, but others took off. Literally.

Despite the problems and controversies Google faces, its ‘Moonshot factory’ is still changing how we communicate, learn, and advertise. Google says it intends to have a “10x impact on the world’s most intractable problems.” It means crazy ideas (that’s what ‘moonshot’ implies, after all) such as ‘kite-electricity,’ and fighting disease.

I’m still quite annoyed at the sight of, and concept of autonomous cars, so thank you very much, Google. I’m no Luddite but I’m happy to own and operate an invention that worked fine in 1998, and still does. But twenty years from now imagine how we would look back at today.

There are four ‘Laws of robotics’ that are seldom discussed whenever the topic comes up. There were written by the late sci-fi author, Isaac Asimov. More like guide rails, these are practical laws.

With the rapid rise in automation, AI, and robotics from battlefield robots (developed by South Korea, the US, and who knows who else) and surgical bots, these issues are worth discussing. Why leave the issues of automation and robotics to academic and/or politicians?

In this month’s column in LMD, I discuss the pros and cons of robotics. You can read it here.

I’ve had some fun with Alexa. The matter was settled over the Christmas break: We can do without AI in our home.

I had previously written about it here. And featured voice assistants in my last tech column, “I spy with my little AI.” I reference how creepy it could get should an AI enabled device such as Alexa, Google assistant or even Siri eavesdrop on our private conversations. AI devices after all are supposed to do our bidding, not spy on us. But there’s a fine line between passively listening and spying.

So when we discovered that an AirBnB we rented over the break provided an Amazon Echo speaker, it got to the point where (after a few rounds of asking Alexa random questions and finding ‘her’ quite annoying) I unplugged it and put the darn thing away.

It was no surprise then to hear that at the Consumer Electronics Show (CES) in Vegas,  several new breeds of AI devices were unveiled, designed to respond to human inclination to

suddenly want to talk to hardware. Such as the smart refrigerator by LG that ‘talks’ to a smart oven etc.

Which makes me wonder: Just at the time when we have plenty of research pointing to the correlation between being too plugged in, and being extremely socially disconnected, we have the tech sector pushing products that seem to exacerbate the issue. I don’t need a smart fridge, thank you very much – I just need a painless way to talk to an LG service rep (25 minutes on hold, seems customary) when my fridge behaves badly.

And speaking of snooping devices, here’s something that is advertised as being able to monitor a home. A clothes hook with a hidden camera. Creepy? Or is it the sign of (the Internet of) things to come? 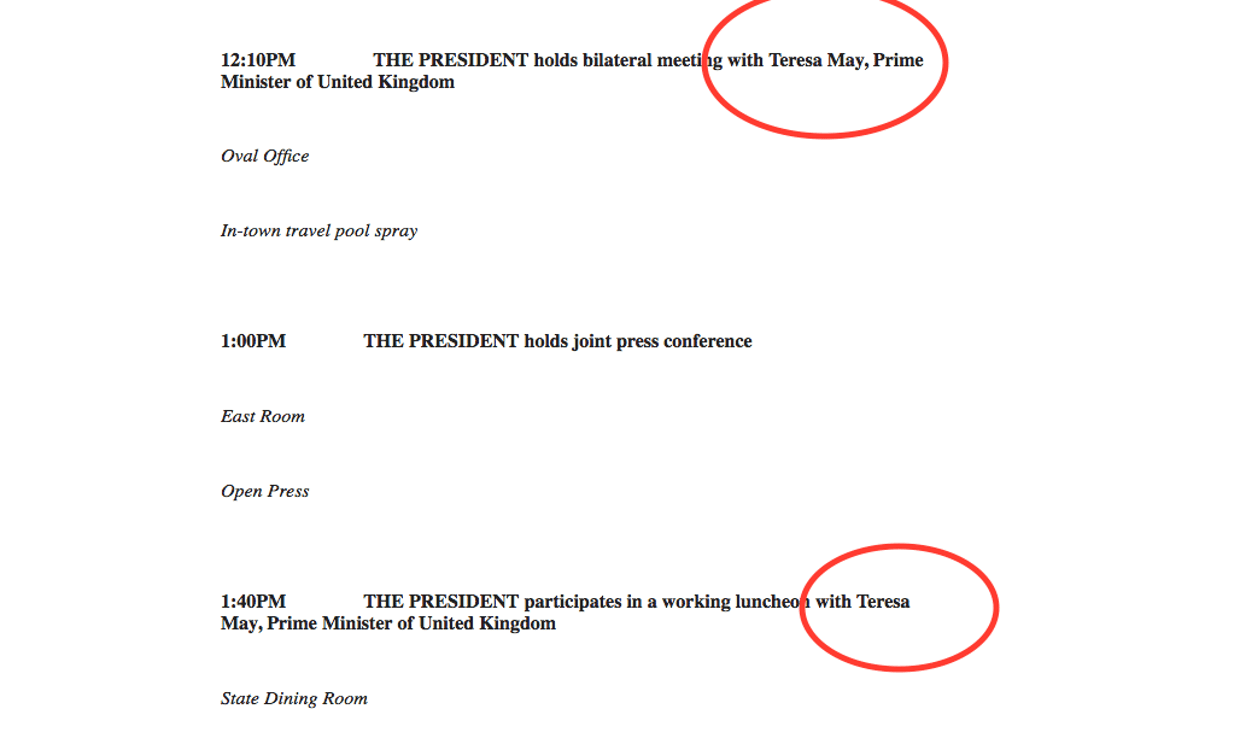 I brought up the word earlier –Technoference. It’s one of those Urban Dictionary words that smacks us in the forehead but eventually creeps into our vocabulary –like ‘Dweeb,’ ‘Fudgel’ and ‘Thunking.’  So I decided to devote my Nov column in LMD magazine to it.

So what’s Technoference, you ask?

Besides having to actually read the damn column, I’m betting you already experienced it. Have you ever had a conversation with a teenager, only to have her pause you in mid-sentence and pull out a phone to fact-check something? Thought so!

Once you get off your Snapstreak, let me know your thoughts on it. 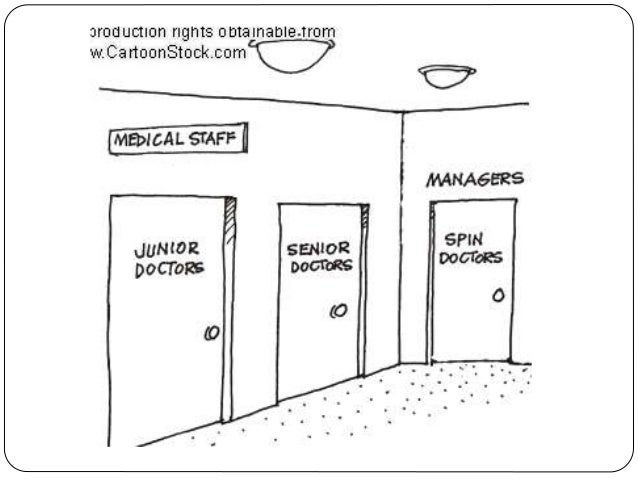 There’s a new way to do spin, and it comes packaged from the Ministry of Truth. (Poor Edward Bernays. The so-called father of spin, must be doing somersaults in his grave.) Modern day spin is much more insidious that doublespeak, or ‘Newspeak.’

We the hoipolloi have a ‘scientific’ way to deal with spin. It involves making air-quotes whenever we use a word or a term generated by the Ministry.

I take on this delicious topic in my May column in LMD Magazine, titled, Alternative facts from the Ministry of Truth.

I’m not sure what books Syrian President Bashar al-Assad is supposed to have read while he was in medical school in Damascus, but I’m itching to blame his professors in London for not giving him some compulsory reading.

Or what if Robert Mugabe had read Robert Frost? Or Joseph Stalin had read Joseph Conrad? Would it have changed the course of history? Actually my April column in LMD is on this. And I got some recommendations from some literary types here and in Sri Lanka. The Remedial reading list for brutal dictators includes:

If you want to know why, you’ll have to read the article – here.

It’s impossible to miss the conspiracy theories swirling around us whether it’s politics, technology or pop culture. You may have heard of Google News, delivering fake news snippets via a Google Home speaker.

Perfectly timed, because this month my LMD column you’ll find my wacky take on conspiracy theories, including the many tall tales concerning the Illuminati.

(I discussed the topic here on this blog in January, while working on the article stating that news fakery is nothing new and dates back to the civil war.)