It’s odd how politicians hold a cartoonist and bloggers up to tough standards once reserved for ‘The Media.’

Political cartoonists in particular, hold a lens up to our world, enabling us to see events in a different perspective. I think of a cartoonist as more than a lens, in fact. A mirror and a lens – a kaleidoscope. You see something new every time you turn your head. 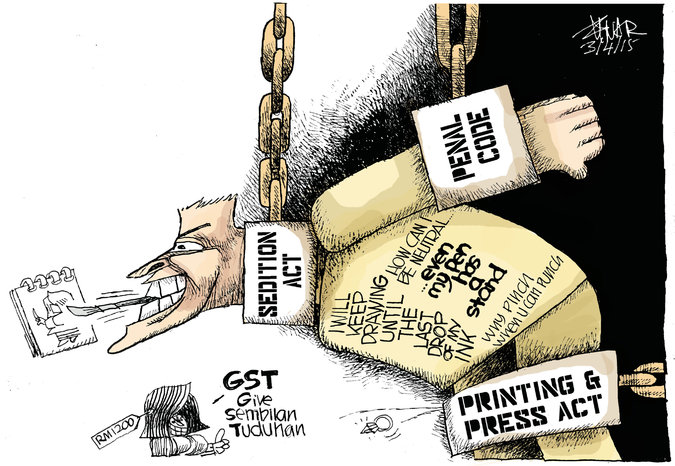 Malaysian cartoonist, ZUNAR, known for his powerful editorial cartoons for 20 years, has been getting under the skin of the ruling class. In 2010 he was arrested just before his book “Cartoon-O-Phobia” was launched. The crime? Sedition! Interestingly sedition laws exist in many countries.

We often hear of France’s Charlie Hebdo being threatened. But cartoonists have been under siege.