Washington DC’s humidity hovered around 90 percent when the competition began on 16 July. Team Sri Lanka’s four students were sweating bullets for different reasons. In a crowded basement, parked between Senegal and Sudan their 20-wheel steel robot needed some repair work.

The bot that they built in secret in a classroom in Colombo (they called it ‘Area 52’) arrived with a warped axle and damaged omni-wheels. Two hours before departure the airline forced them to repack the 23-kilo microwave-sized contraption into two boxes. The next day the motor failed –not an uncommon problem among teams here.

But they did take on the world! In this competition, designed by FIRST Global like the Olympics, each team worked in ‘alliances’ – groups of three country teams. It was fascinating to watch each team, battling cultural and language barriers (and jet lag and sleep) work through the constraints and perform. My family and I were so proud to be there supporting them.

They did quite well in strategy and design of the bot. In terms of rankings they were placed 138th out of 163 teams – beating the US, France, and Russia. When you consider they had just 9 weeks to prepare for this (many teams had at least 12 weeks), it was quite a feat. 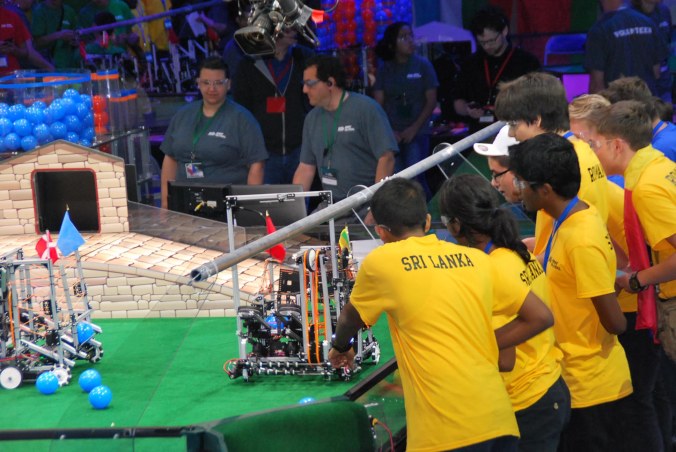 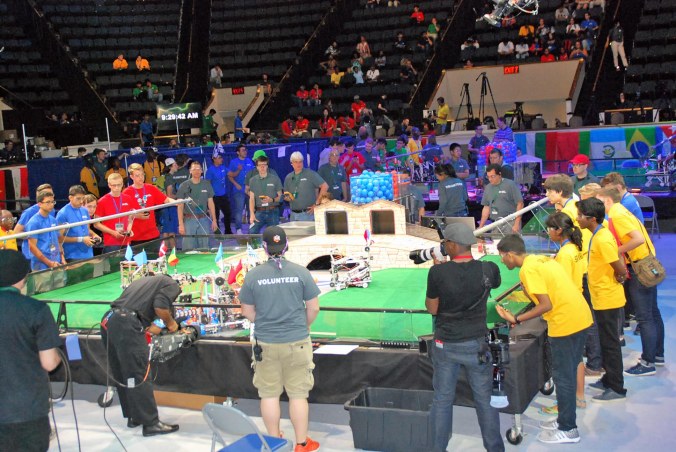 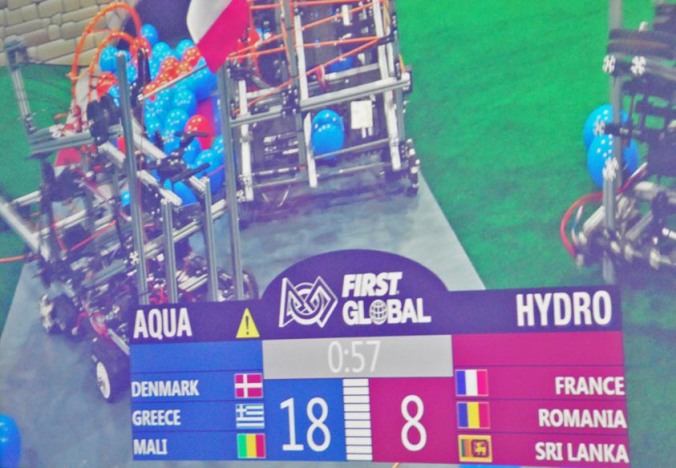 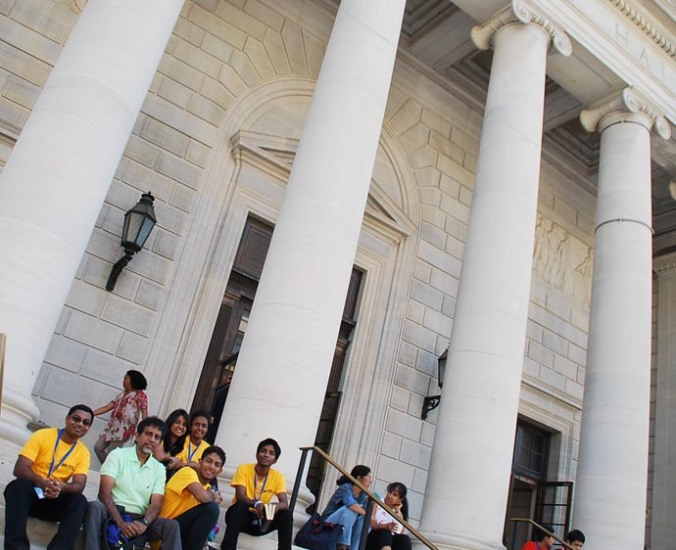 This was the opening ceremony.