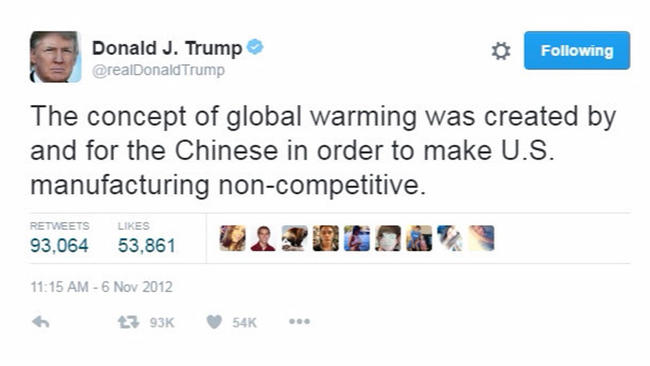 Donald Trump’s (ab)use of his Twitter account will one day be looked at by historians in about the same way archeologists scrutinize cave paintings.

Back in April, when I was working on my June column for LMD, I had this sense that Trump’s clumsy (but some would say strategic) tweets would be worth focusing on.  Besides the political and international furor swiring about them, there are lessons in them tweets for anyone using social media.

And that was even before he bestowed upon us covfefe.

For all the debate prep, no one could have contained Donald Trump as he hurtled toward the precipice, sliding on the rocks of loose talk. In the end, despite fancy slogans, websites, and stage props, something as basic as good communication skills makes or breaks a leader.

A free, seemingly easy-to-master, tool should be handed to someone of Donald Trump’s personality with a warning: “May cause user to implode.” Just like Twitter, a microphone could also be a dangerous tool. Indeed, many before him have been dispensed into the heap of disgraced leaders and also-rans because of a hot mic, or a video capture, or even a spool of tape.

Another interesting thing about Trump was his penchant for ‘truthful hyperbole’ – a term he used in his book, The Art of the Deal, which, to be fair was ghost-written.

But as is evident now, truthful hyperbole, a classic oxymoron, is the long fuse that led him to where he is, an outcast of the party he represents.

Citizens vote for leaders who articulate their hopes and needs. Thankfully voting for an oxymoron was not an option.

Footnote worth listening to: Nixon’s tape archive recording where he and his staff discuss ”lying to a base.’